China Property: September marks the first house price decline since 2015 on a sequential m/m basis for the simple average of the 70 major cities with the NBS house price indices.

That was driven by the lower-tier cities, as one would expect, while Tier-1 and Tier-2 decelerated m/m but still with positive growth. See the chart below.

On a y/y basis, a gradual deceleration continues. 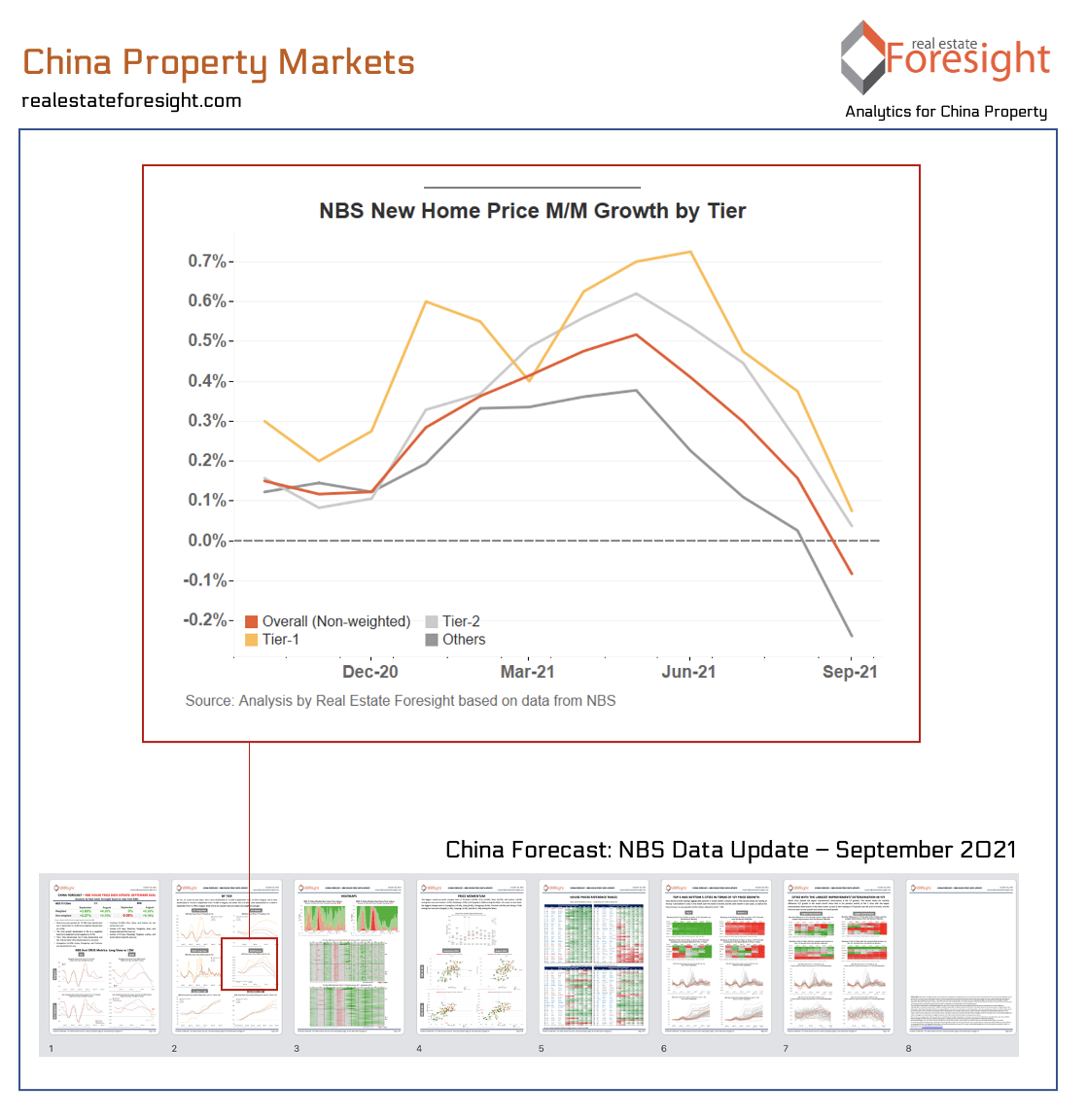 If are an institutional investor, manager, developer, or lender, we can provide you with samples of our work.

For any other enquiries, also simply fill in the form below with some basic info, and we will get in touch quickly.